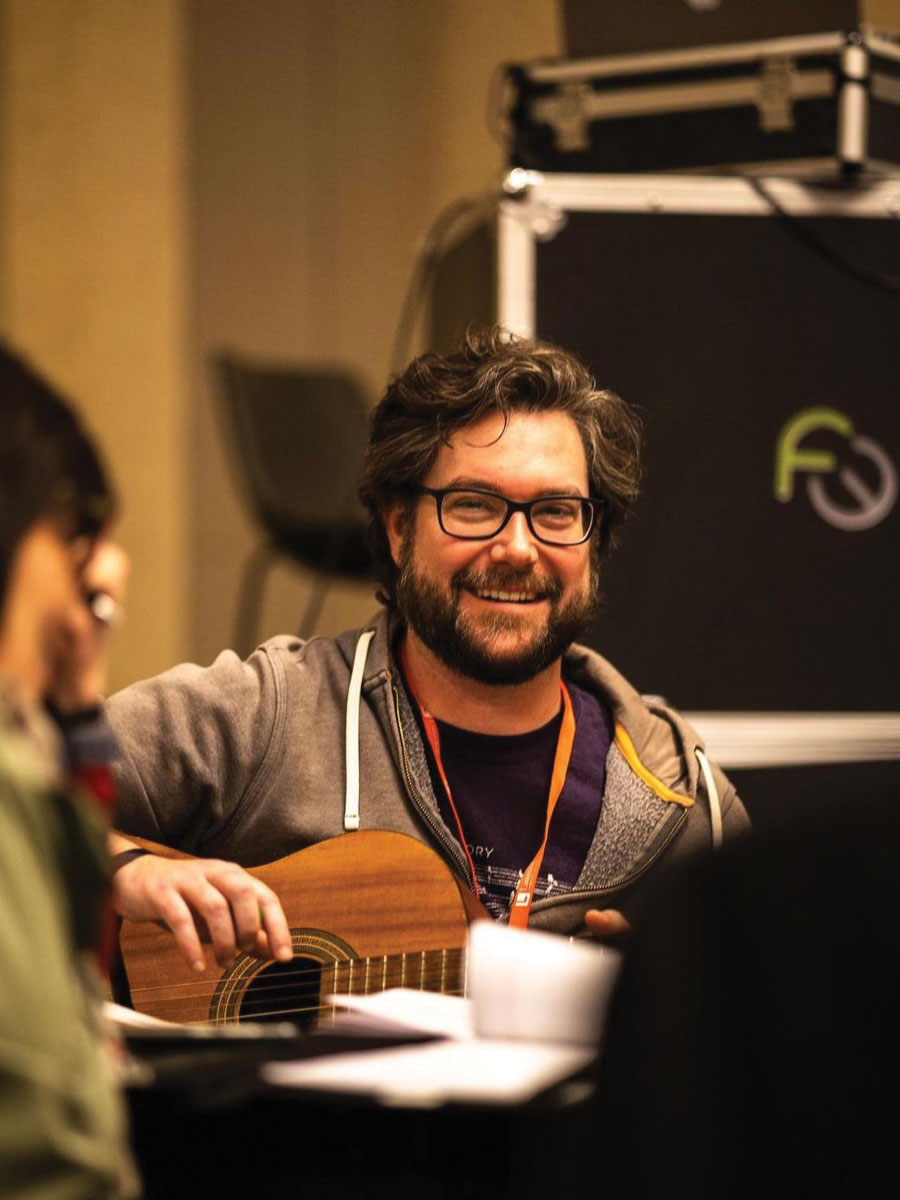 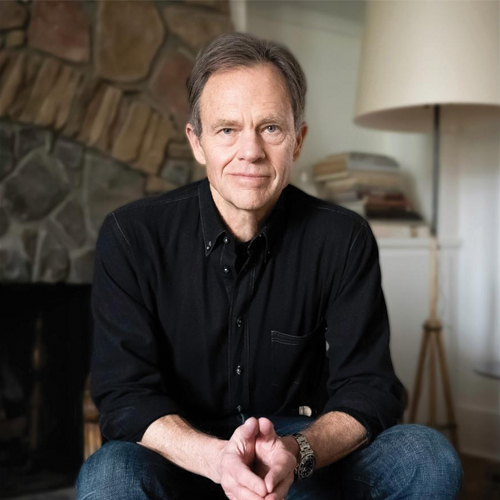 After enjoying a 13-year career in commercial real estate, Douglas got his first song recorded by Collin Raye at the age of 41. That song, “Little Rock”, reached #1, earned a nomination for CMA Song of the Year and achieved the Million-Air award from BMI for receiving one million spins on country radio. Since then, Douglas has written numerous number one hits, including: “I Run to You” (Lady A), “Southern Voice” (Tim McGraw) and “The House That Built Me” (Miranda Lambert). The Grammy Award-winning song “The House That Built Me” remained at number one on the Billboard charts for four weeks and earned ACM’s first ever Song of the Decade award. 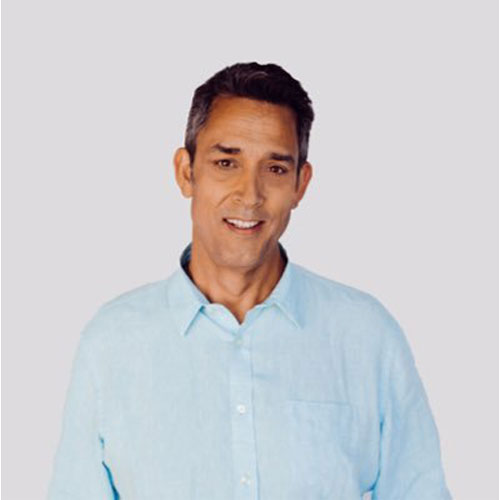 Since resigning as Taylor Swift’s Manager in 2008, Rick Barker has made it his mission to help as many artists throughout the world build, grow and monetize a fanbase.

With over 1600 clients, in over 22 Countries in multiple genres of music, his strategies are changing the lives of musicians and songwriters. Rick is a Manager, Keynote Speaker, Podcast Host, and Author. His “Super Power” is having the ability to simplify complicated issues and show artists just how easy it is to get their music out into the world using the tools that are readily available to all of them. He is the founder of the “Music Industry Blueprint” Podcast. 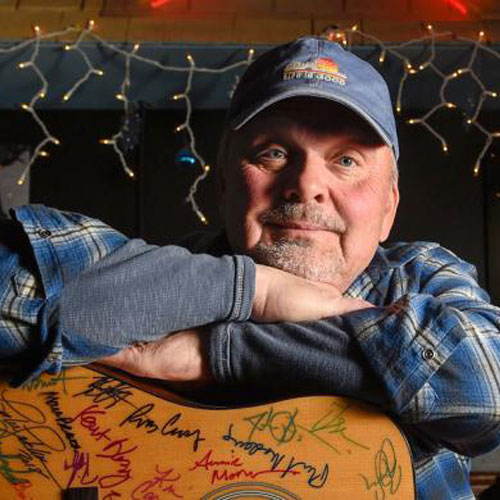 Kent Blazy is a successful, American songwriter with a total of seven number one hits. In 1987, Kent was introduced to a new demo singer by Bob Doyle, then with ASCAP, soon to be the manager for this emerging talent, Garth Brooks. Garth became Kent’s most requested demo singer and Bob Doyle also advised, “Garth writes a little bit too.” The first song Garth and Kent penned together was "If Tomorrow Never Comes,” which became the first number one song for both. The friendship and writing partnership continued as Garth Brooks included eight more of their songs on his albums.

Kent has also since pinned the #1 hit song Gettin' You Home (The Black Dress Song), recorded by Chris Young, the title track on Reba's latest album "All The Women I Am,” Randy Houser’s "The Power of a Song" And "Empty Beer Cans" on Jon Pardi's new album "Write You A Song.” 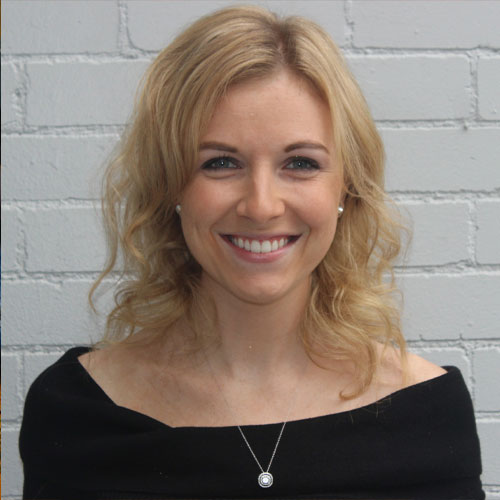 Lauren Funk is the Senior Creative Director at Endurance music, managing the roster of hit songwriters and artists, while identifying new and promising talent. She came to EMG in 2021 from Big Yellow Dog Music, where she spent seven years on the creative team. 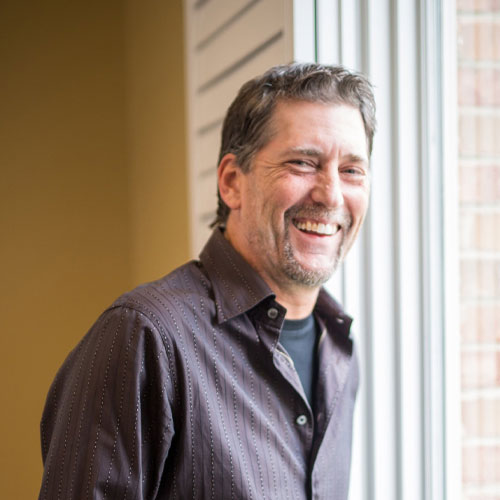 Another in the long line of great Texas writer/artists, Mark Nesler writes honest, heartfelt country songs in the spirit of all the country music greats-with a definite focus on today’s contemporary sound. Artists that have benefited from his songwriting talent are George Strait and Tim McGraw in particular. McGraw had a six week #1 single with the Nesler penned song “Just to See You Smile” on his multi-platinum selling “Everywhere” album.

George Strait has two #1 singles, thanks to the songwriting talent of Mark Nesler: “Go On” and “Living And Living Well.” Nesler also co-wrote Darryl Worley’s #1 hit, “I Miss My Friend.” Other hit singles include: “For You I Will”- Aaron Tippin, “Heaven In My Women’s Eyes” and “Just Let Me Be In Love”- Tracy Byrd, “Why, Why, Why”- Billy Currington, American Idol finalist Bucky Covington’s debut single, “A Different World,” and Keith Urban’s #1 single release, “You Look Good In My Shirt.” In 2010, Nesler’s music broke new ground when one of his songs was selected as the title track for the movie, Country Strong. He also wrote Billy Currington’s #1 hit, “Let Me Down Easy” and Josh Turner’s hit, “Time Is Love”, Billboard’s most played country single of 2012. Mark continues to write every day and is one of Nashville’s most successful and respected songwriters and artists. 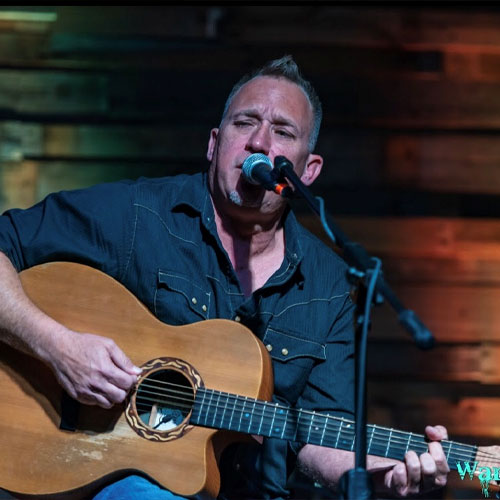 Phillip White is a three time number one hit songwriter, an Academy of Country Music award winner, and Grammy nominated songwriter and producer that writes songs for some of the biggest artists in the business. George Strait, Luke Bryan, Chris Ledoux, Vince Gill, Darius Rucker, Reba, Blake Shelton, Rascal Flatts, and Jake Owen are some of the artists that have recorded Phillip's work. Among these include the 2003 ACM Song of the Year, the Rascal Flatts smash "I'm Movin' On," the theme song for Reba's self titled hit TV show "I'm A Survivor," and Blake Shelton's "Nobody But Me."

As a performer, White has played some of the most legendary venues in the nation, including the Ryman Auditorium, The Grand Ol Opry House, The Station Inn, The Louisiana Hayride, The Bluebird Cafe, The Disney Theater, and The Florida Theater, just to name a few. Phillip’s debut album, Movin’ On Sessions Vol. 1, was released on June 21st, 2019 and Movin’ On Sessions Vol. 2 was released this year. Phillip is also a board member and director on the Muscle Shoals Songwriters Foundation Board. 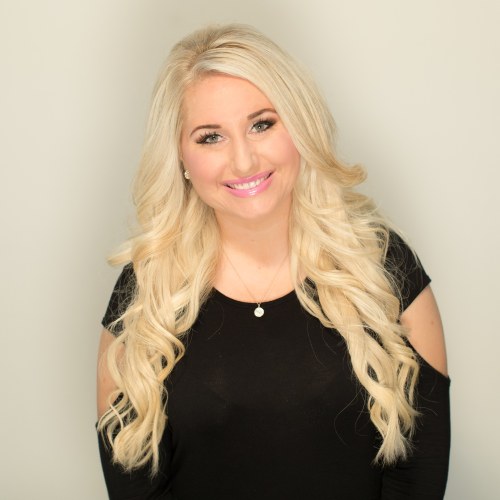 Courtney Allen started her journey in the music business when she was a junior in college. After a few years of working in radio, Courtney began working at NSAI. During her time there, she was able to mentor many aspiring writers and her passion to work back in publishing grew even more.

Courtney now is the Creative Director of Concord Music Group and is responsible for the development Hit Songwriter Matt Roy, along with several others. 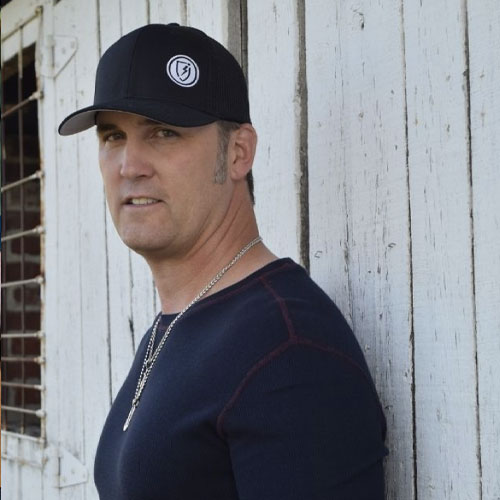 Brice’s songwriting hits include the #1 singles “Heartache On The Dance Floor” by Jon Pardi and “Nothing On But The Radio” by Gary Allan. Randy Houser’s “Like a Cowboy”, a song that also garnered Brice a CMA nomination for Song of the Year. Other recent chart toppers are Randy Houser’s debut single, “Anything Goes”, “Today” from Gary Allan, Casey James’ “Let’s Don’t Call It A Night” and Jon Pardi’s, “What I Can’t Put Down”.

Brice Long is signed to Sony Music Publishing. He is a native of Hopkinsville, KY. His self-titled album is available on iTunes or wherever digital music is streamed and sold. 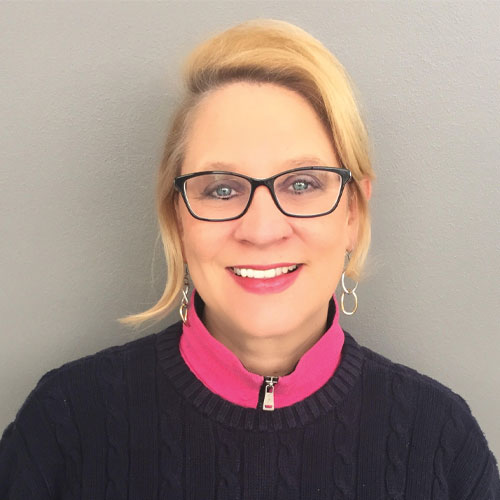 Liz Morin was raised on Lookout Mountain and graduated from Notre Dame High School and UTC with a major in Communications/Electronic Media with a minor in Theater and American History...Liz worked for the Tonight Show with Johnny Carson and Jay Leno before moving to Nashville in 1993.

Morin started her career in music publishing in the mid 90s as Creative Director at Double J Music Group. She followed her time here with stints at Encore Entertainment and Skyline Music, where she worked with famed producer Paul Worley; during her tenure at these companies, she secured cuts by superstars Kenny Chesney, Faith Hill, Blake Shelton, Tim Mcgraw and many others . She is also a founding member of the pluggers group, the Crazy Eights, who just celebrated 20 years together. Liz is a music industry veteran with 27 years' experience Morin co-founded Showbiz Ro Music in 2010 which is forging a path uniquely its own in the ever-changing Nashville music business.

Showbiz Ro Music blends traditional song-plugging with writer management, and a heavy focus on artist development and social media to round out the services they provide.

Since forming Showbiz Ro, the company has been responsible for securing cuts by several major label artists, including: Keith Urban, Luke Bryan, Tim McGraw, Dierks Bentley, Jimmie Allen, Randy Houser, Lee Brice, Chase Rice, Trace Adkins, Joe Nichols among many others. In the past few years, they have been instrumental in launching the careers of new artists Brett Young (Big Machine) and Abby Anderson (Black River). They have celebrated Four number one singles as a company, with Dierks Bentley’s single, “Burning Man” which won an ACM award. 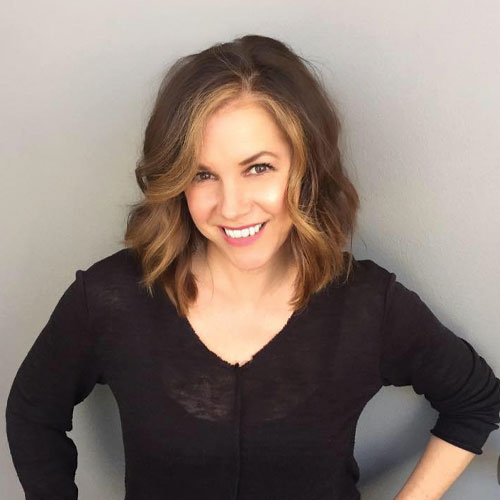 It’s no surprise that Ronna Reeves loves music and the power of a great song and has all her life — she started singing in a three-piece band in her hometown of Big Spring, Texas when she was 11. She brings a hard-won insight to the table that’s particularly beneficial for writers and artists: decades’ worth of experience as a recording artist, who then successfully made the often-difficult switch to the other side of the industry. She understands what it means to make it on the road and then prove yourself to Music Row because she’s done it herself.

Ronna signed her first management deal as an artist in her early teens, which led to opening spots for future superstars — names like George Strait, Garth Brooks, and Joe Diffie fill the list. She spent the next decade playing nightclubs throughout Texas, Oklahoma, and New Mexico six nights a week, and signed her first record deal with Mercury/Polygram in 1991. Along the way, she signed several publishing deals of her own, and released three major label and two independent records, subsequently touring across the country and far beyond learning the ins and outs of what it truly means to build a music career from the ground up. She was nominated for the ACM’s Top New Female Artist and a Daytime Emmy during her recording career before switching to the other side of the industry in the early 2000s.

Ronna first joined the A&R staff at Vivaton Records in 2003 and later ran hit songwriter Kerry Kurt Phillips’ publishing company, Stone Village Music, beginning in 2005. There, she was active in securing multiple major label cuts for the company, before co-founding Showbiz-Ro Music in 2010.

Ronna’s experiences as an artist/writer, song plugger, and artist/writer manager offer a uniquely unmistakable wealth of knowledge and a distinct understanding of what it takes to make it: she says dedication, patience and a thick skin are key components to success and, ultimately, so is choosing the right team to champion your work and artistry. 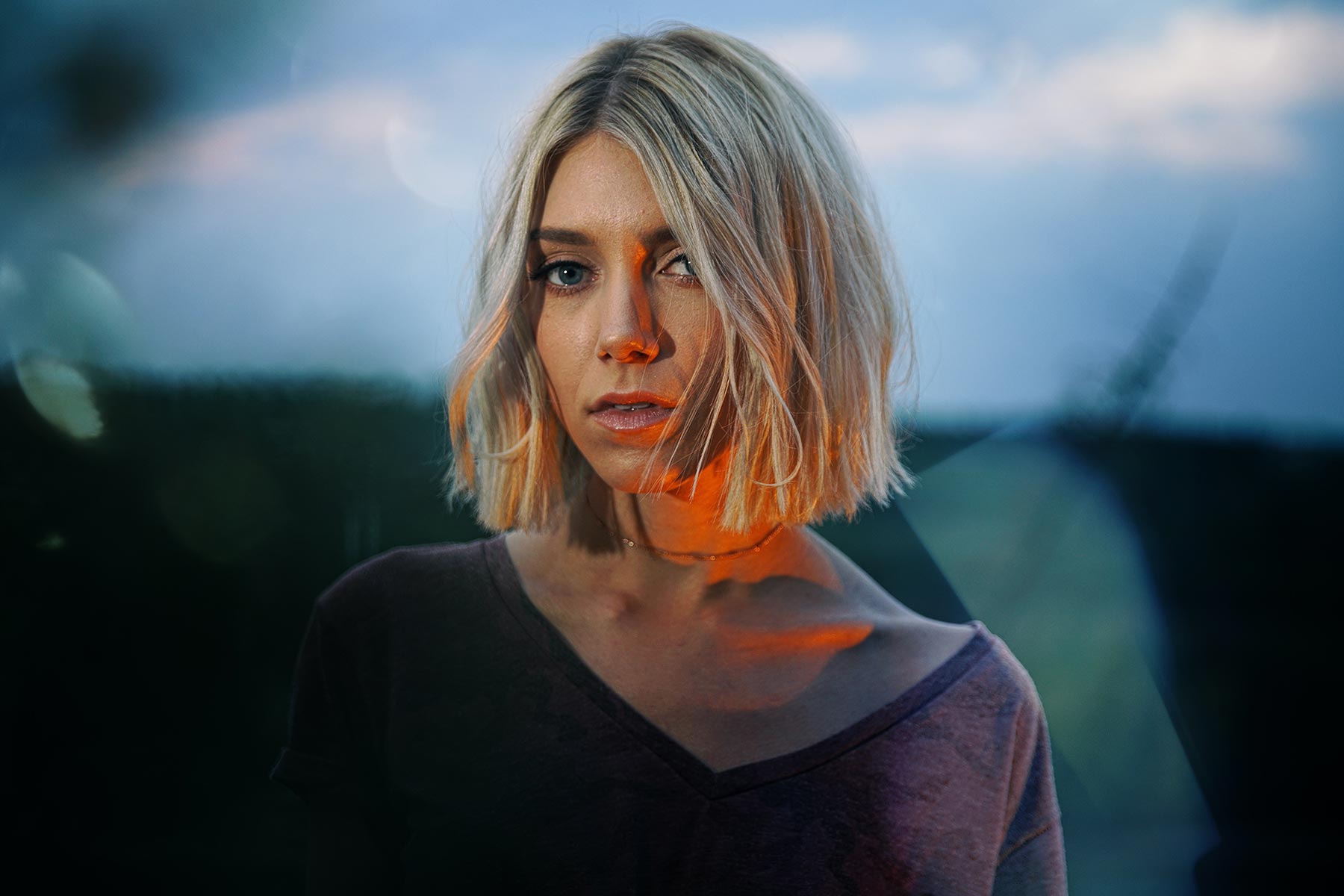 “
I am big enough to admit that I am often inspired by myself.
Leslie KnopeDeputy Director, Waffle Enthusiast 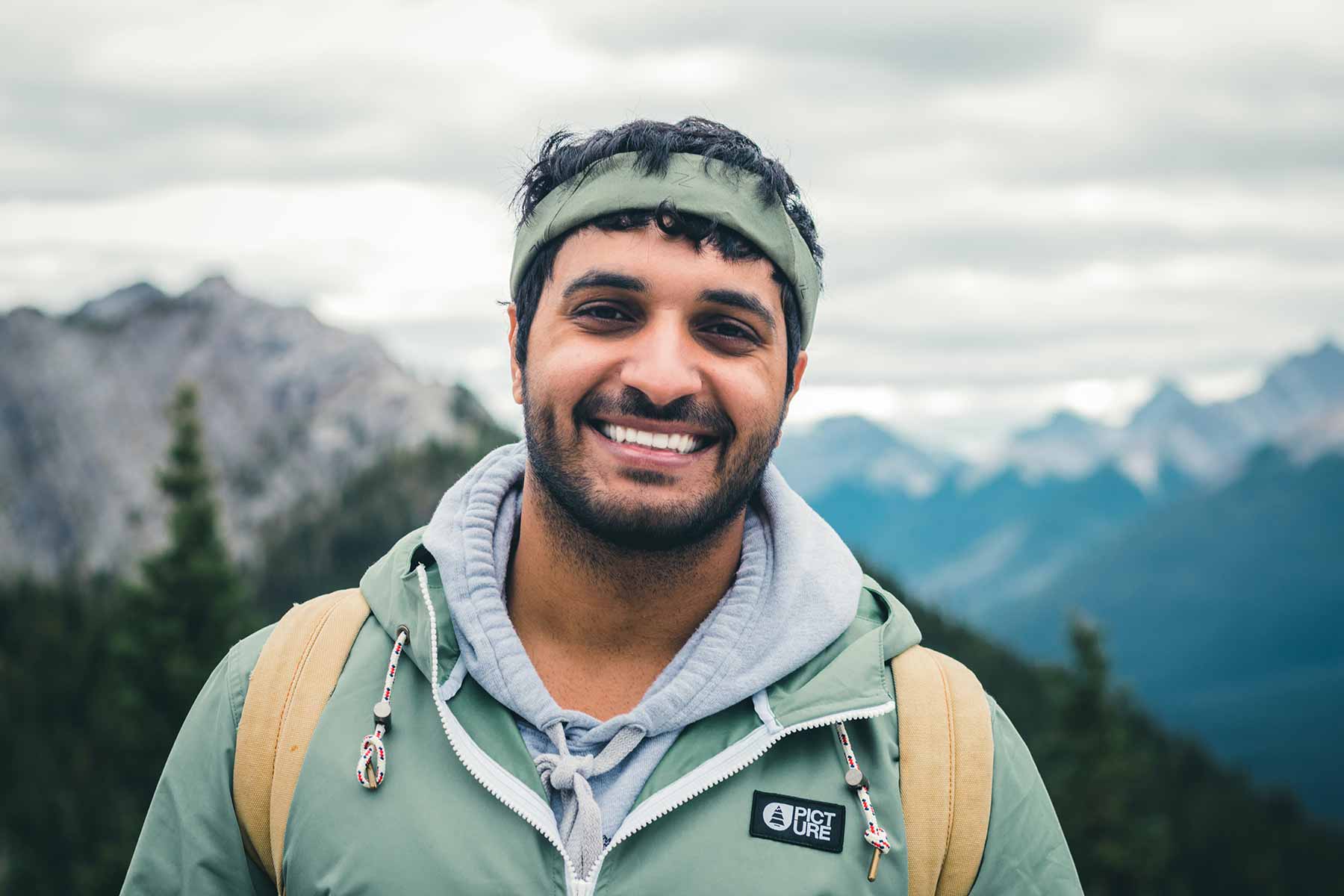 “
I tried to make Ramen in the coffee pot and I broke everything.
Andy DwyerLocal Rockstar, FBI Agent

(Save UP TO $50 when you purchase an Early Bird Ticket)

I've got a question about my ticket.

Will Breakfast and Lunch be provided?

Breakfast and Lunch will be provided on the Nov 4th.

Who are the guest speakers?

WILL COVID-19 PROTOCOLS BE IN PLACE?

Yes, all current CDC Guidelines in the State of Alabama will be in place during the event.

Will I get to network with music publishers and Hit Songwriters and Potential Co-writers?

How can I register for the Pitch to Publisher Session?

You will register after you purchase your ticket.

Will this workshop series help further my music career?

100%. This workshop series will benefit your music career greatly.

Do I bring an instrument to the workshop series?

Where will the workshop series take place?

All events will take place at the Marriott Shoals Hotel and Conference Center.